I landed on Monday, March 9 from Galicia. It was at night and I was coming back from an audit. The cell phone rang with an email from my boss, Ding! And on Tuesday I already stayed at home. Well, I went one day to the office, almost furtively, to collect some things, not knowing quite well what. do I take everything? Will it be for long? Do I water the plants?… I'm sure it sounds familiar to you.

When the dance began, those first few weeks we were all walking around without believing it too much, like floating, and the audits that we had yet to close were in the air and were not finished. Three weeks later we had the first remote audit and it was difficult, quite a challenge. But I'm getting ahead of myself.

We spent those three previous weeks preparing a report with a selection of requirements for the client, requirements that under normal conditions would be evaluated on site and orally, and now distance was imposed. It was arduous, because in our audits there are many requirements for controls in which it is difficult to know in advance whether a single documentary evidence will suffice, or more will be necessary, and in that case, it is needed to determine what evidence will be required. It is a garden of forking paths.

Well, the three weeks passed and the worst part came: to do the review itself once the evidence was sent to us. Fortunately, by then we already had well-defined protocols for remote work. What I remember from those moments is to think, recurrently, that I don't like to do documentary reviews. It is also true that those that do not have prerequisites are easier, something that multiplies the time in dialogue with the company, but I like being live more, although by then it was already remote and connected. The truth is that, compared to what we did in person, the difference is that then everything was already through a screen, personal contact was missing, seeing our faces, because we only see what they let us see at the framed screen. And on top of that we don't get the tour of the company.

I was lucky, because in this company, since before this episode, created by the mind of some cheap B-series screenwriter, we were already prepared for remote work. Technically at least. The interaction with clients is another story, to which he adds that at home I find it difficult to concentrate. I did not have a dedicated space to work, I had a place for the computer, but it was to play SIMS. I had to stop playing games and make a mental process that this was my office now. I've spent the quarantine without playing to avoid temptations. And the door closed. Always closed. I cannot work with noise. Every now and then I go out to the fridge, kiss Mario and keep working. Although I have gained in time efficiency. When the alarm clock rings, I stay in bed for 20 minutes, then I have breakfast and then I go to the table. I am no longer in a hurry to shower and run, and I don't have a couple of commute hours. This is the new normal for me. Although what I take worse is to set the alarm to clock in.

As for the interaction with the clients, they are also usually at home and the connection among us is homemade. It depends on the line that each of us has installed, clearly unlike the one at the office. Recently, on a connection, I get low signal, the images froze, and I all I could see was my silly face. HOwever, what it's worse is that I cannot recognize who speaks by voice or don't know who to  ask to. It is true that the relationship with them has changed and they seem calmer. Before, being in person, when something didn't add up, they usually got quite nervous when responding, not now, and it makes me very nervous that they get nervous. When they are calmer I feel more relaxed. And I don't know why, perhaps because we are at home and a certain degree of intimacy is generated. Somehow it would be nice if this becomes normal, because feelings don't come into play as much. But only to some degree, because the lack of presence has another problem: being there, spending the day together, there are dead moments that invite light conversations, supposedly banal, full of anecdotes, full of details that, sometimes, they make you notice other details that enrich the audit. Not now. The quality of the certifications is the same, control mechanisms and protocols are maintained, and ultimately, if they want to try to cheat, they will do it, remotely or in person. Being an auditor is not only knowing how to audit, having the necessary knowledge to do it, it is also knowing how to control moods,  reading people and transmitting that we remain as the neutral part. If all this was already complicated before, now it's worse.

And then it is time to deliver the results, and yes, it is all more tense, due to the distance and the absence of non-verbal language. Even if there is an image of the other on the screen, you only see one frame, as in the photos, which can be very deceitful. It is all very impersonal. The part of the human relationship is lost, which after all is the beauty of all this. I still miss personal contact.

The same thing happens to me with my colleagues. Every morning, at the same time, we have a virtual coffee (thanks Antonio, that was a fantastic idea you had), to talk about nothing and everything, like when we use to wander to the caffeine corner to chat. We also have another virtual meeting every Friday, this one to discuss work matters and what we're doing at each department. And the truth is that we have not stopped the hard work or being in contact, but we are losing the atmosphere, the humor, maintaining the relationship beyond five minutes.

I know everything will be the same again, but I really miss it.

Today, Monday the 6th, we are returning to Lopez de Hoyos 125, we've been tested for COVID19, we have verified that the coffee maker and the WiFi work, and we have established officce shifts. I never thought I would say this but, I really wanted to go back to the office! 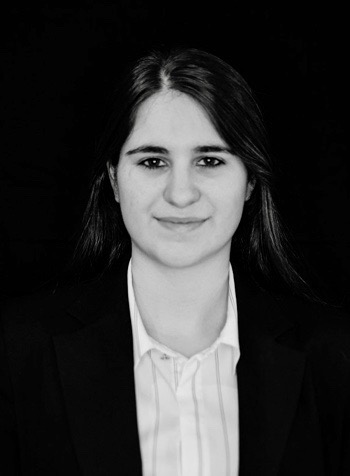